The last few months or so have been very noteworthy and exciting for Daniel. It is high time I update the site! In late April, we celebrated Daniel’s tenth birthday. We have told the kids that for every fifth birthday they can have a big party, and we certainly did that for the big 1-0! Daniel invited several friends and we had a really fun Nerf themed party at a nearby Bowl & Bounce place. It was a great time of celebrating the ten precious years Daniel has been in our lives. 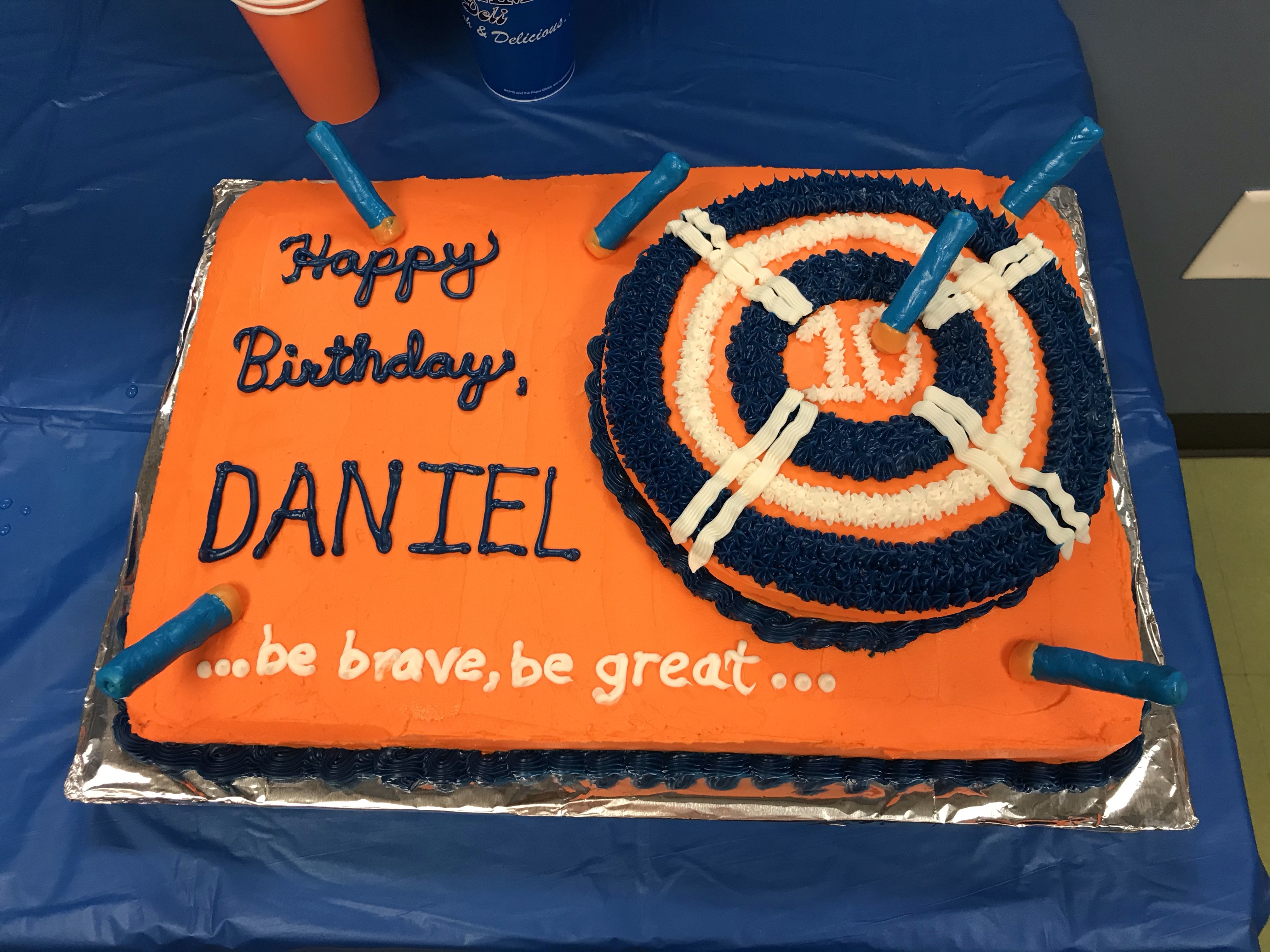 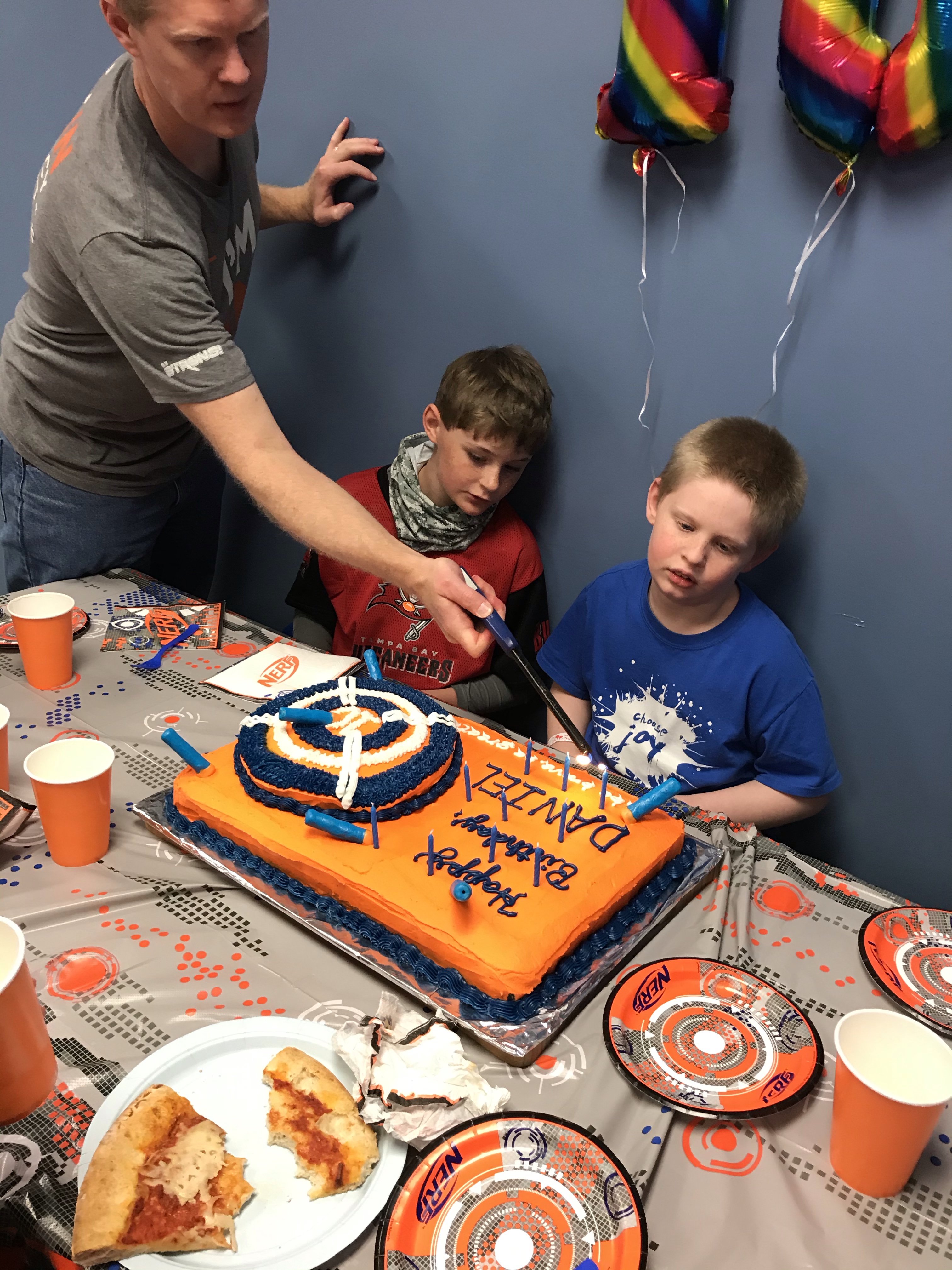 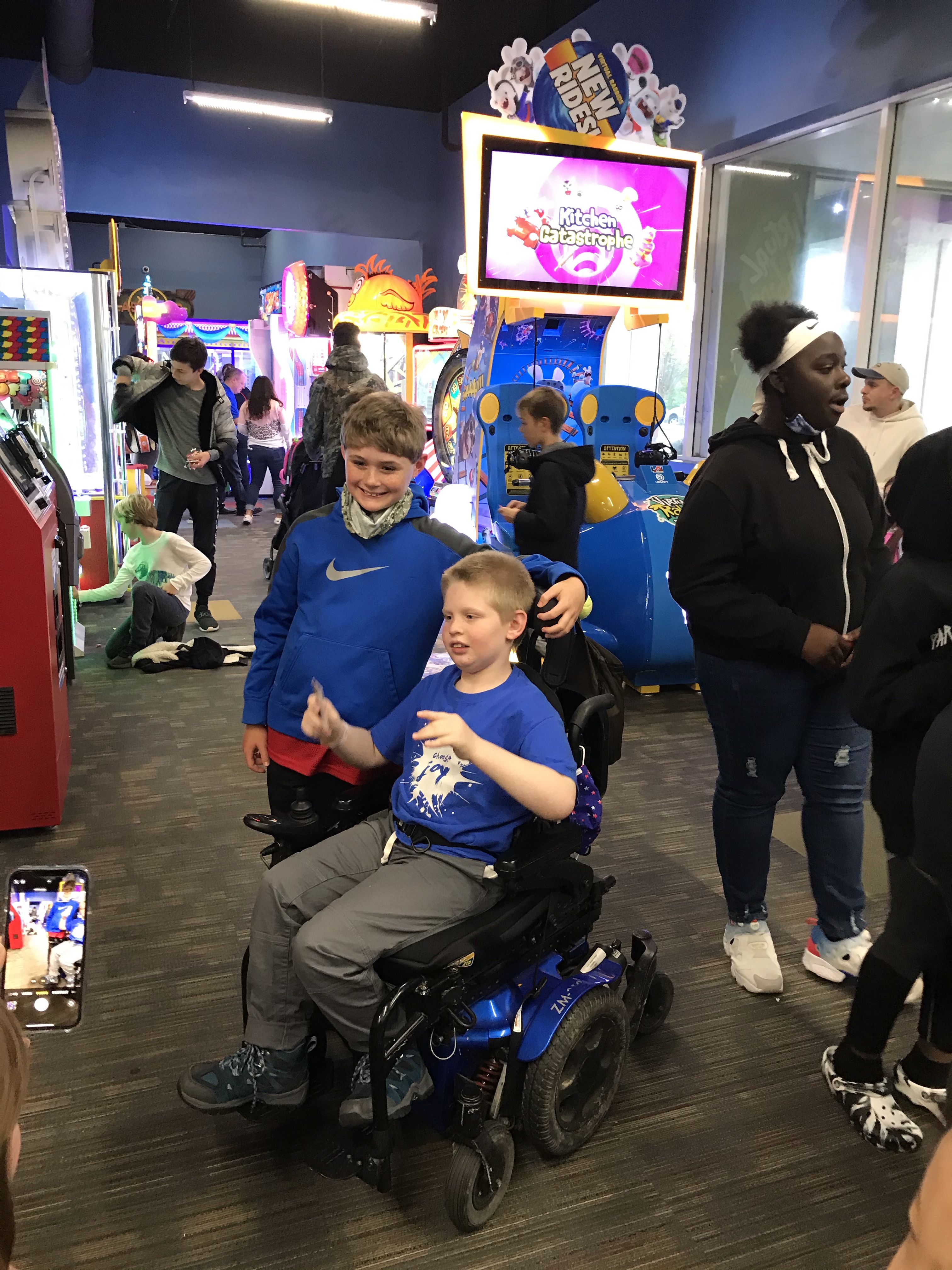 May 14th we had another big celebration – one year seizure free! Honestly, we could hardly believe it and were elated and abundantly grateful. Last year when we left Cleveland Clinic with such disappointment, we had no idea that the course of treatment we began following was going to be very effective. In March 2021, Daniel had an inpatient EEG for 48 hours which showed his ESES (Electrical Status Epilepticus of Sleep – the kind of epilepsy he has) spikes were down to around 50%. Last year in March (2020) at Cleveland Clinic, they were around 99%. Now, writing in mid-July, he has been 14 months seizure free. The impact of this has been so good for Daniel. One very typical side-effect of ESES is great difficulty learning and decline in cognitive skills. Being without seizure medication and with no seizures for over a year has helped Daniel so much academically. He is reading much better, remembering things and conversing at a more advanced level. This is so much more than what we had hoped for. We remain vigilant, and keep our safety bag with us at all times and keep our seizure monitor on him at night, but are still so excited for each day, week, and month that goes by with no seizures! Hallelujah! 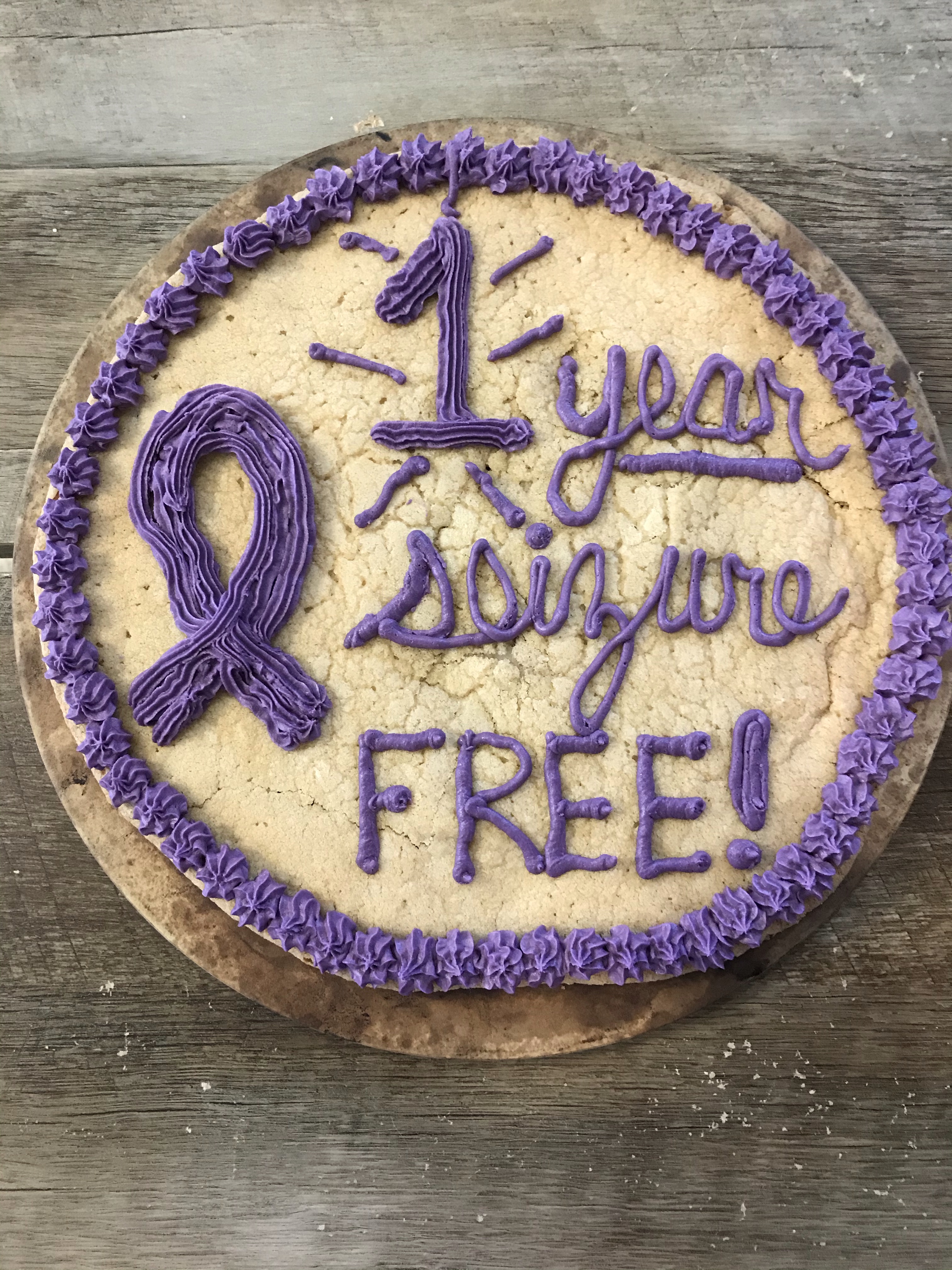 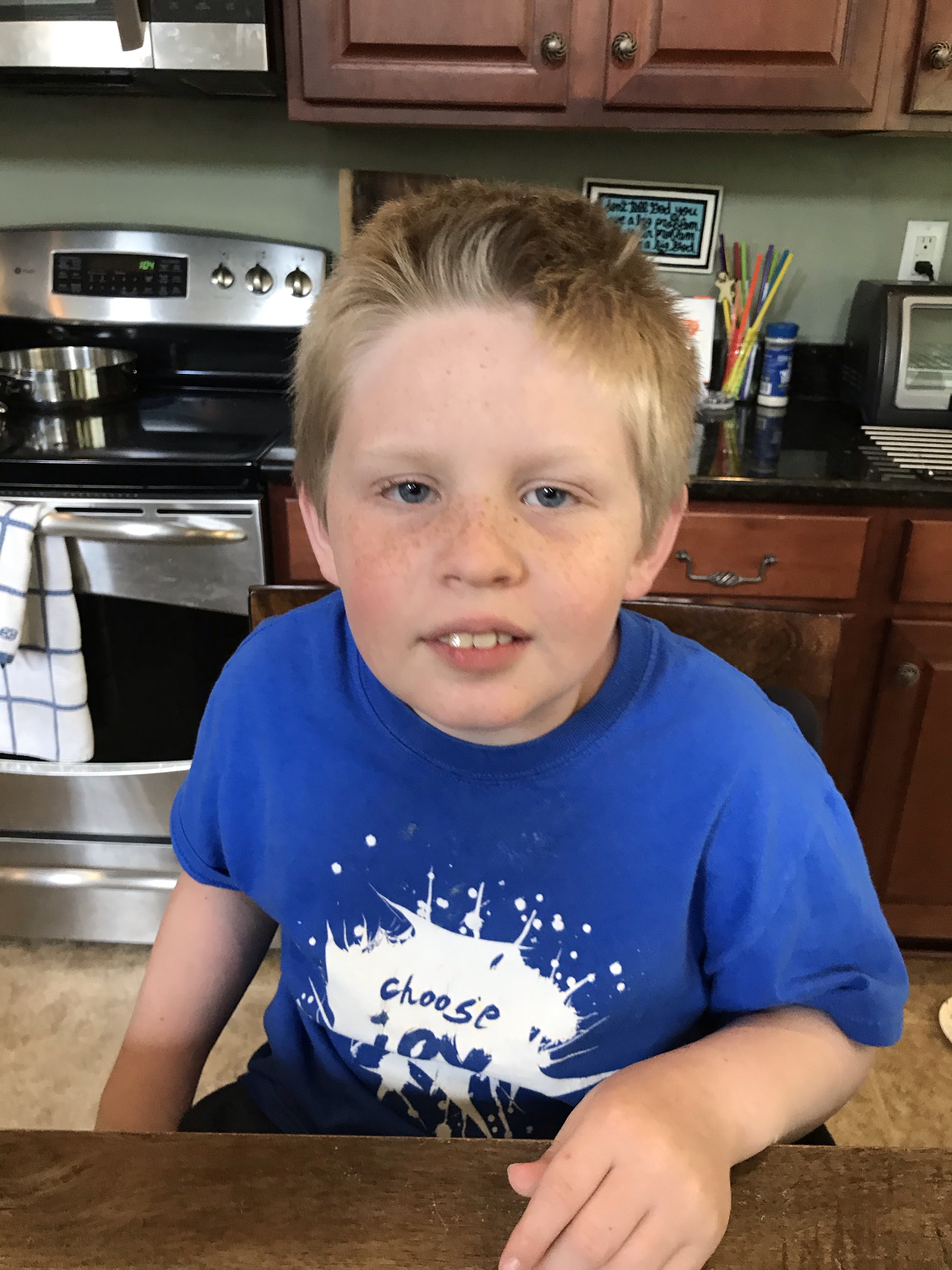 Another fun event in May was Hannah’s ballet performance in The Nutcracker Reimagined. She was an adorable clown, showing off her new ballet skills that she had been working on since February. Both kids participated in a virtual triathlon as well. This came about through a divine encounter with a special couple who work really consistently at exercising. Daniel met Heather as she was entering the Y one day about to swim her portion of a virtual Ironman Triathlon. Daniel had quite an impact on Heather, and she has subsequently had quite an impact on him and on our family. One challenge that we are experiencing is the weight that Daniel has gained over the last year as a result of different medications he has been on (almost 30 pounds). He is growing, and the pediatrician expects to see a burst of height soon, but in the meantime, Daniel is struggling to bear his own weight when he tries to walk and finds it quite painful. Our “chance” encounter with Heather and her husband has served to begin to inspire and motivate us toward more physical activity as a family. This is a big challenge for us, but something that is important. 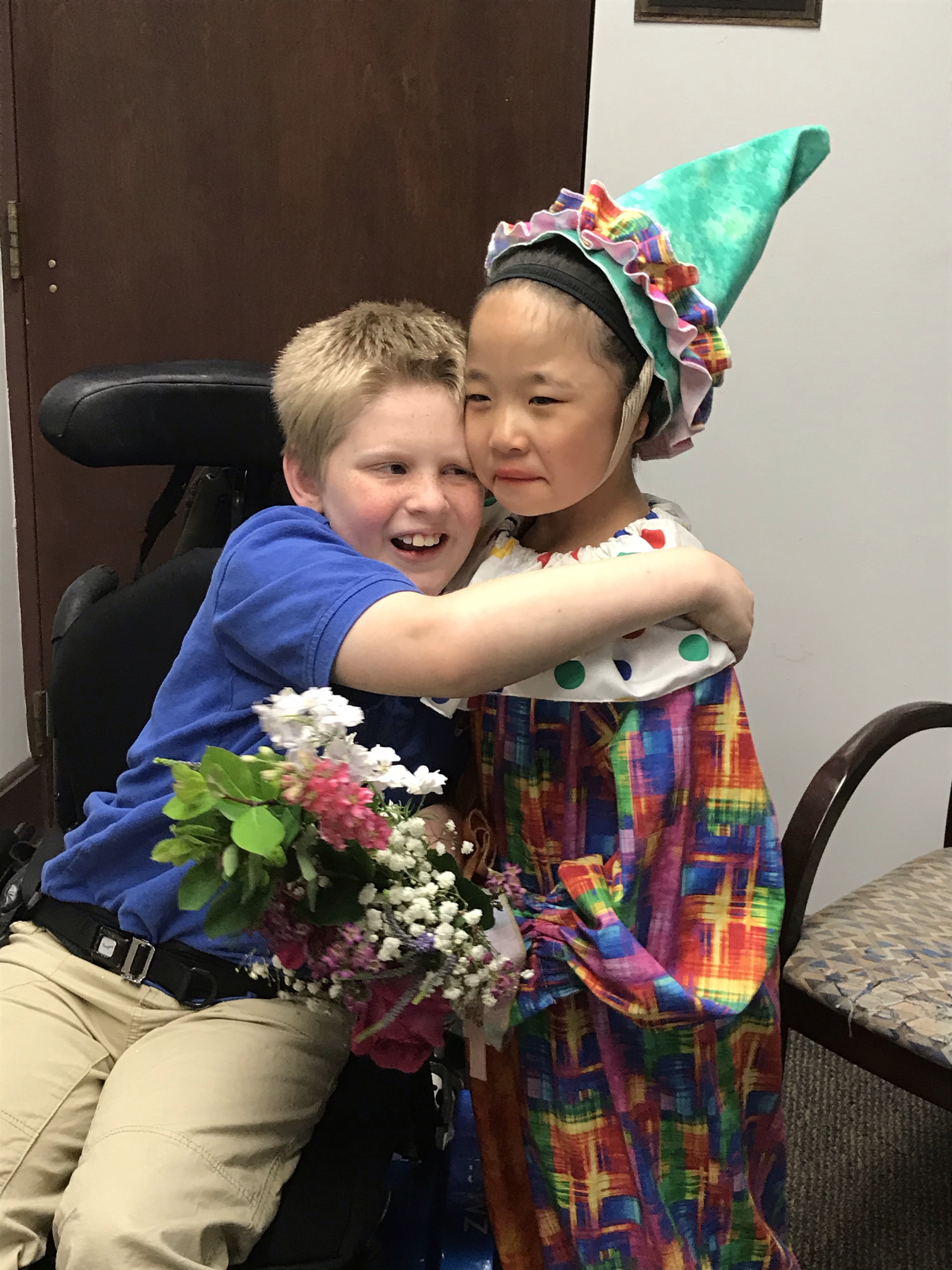 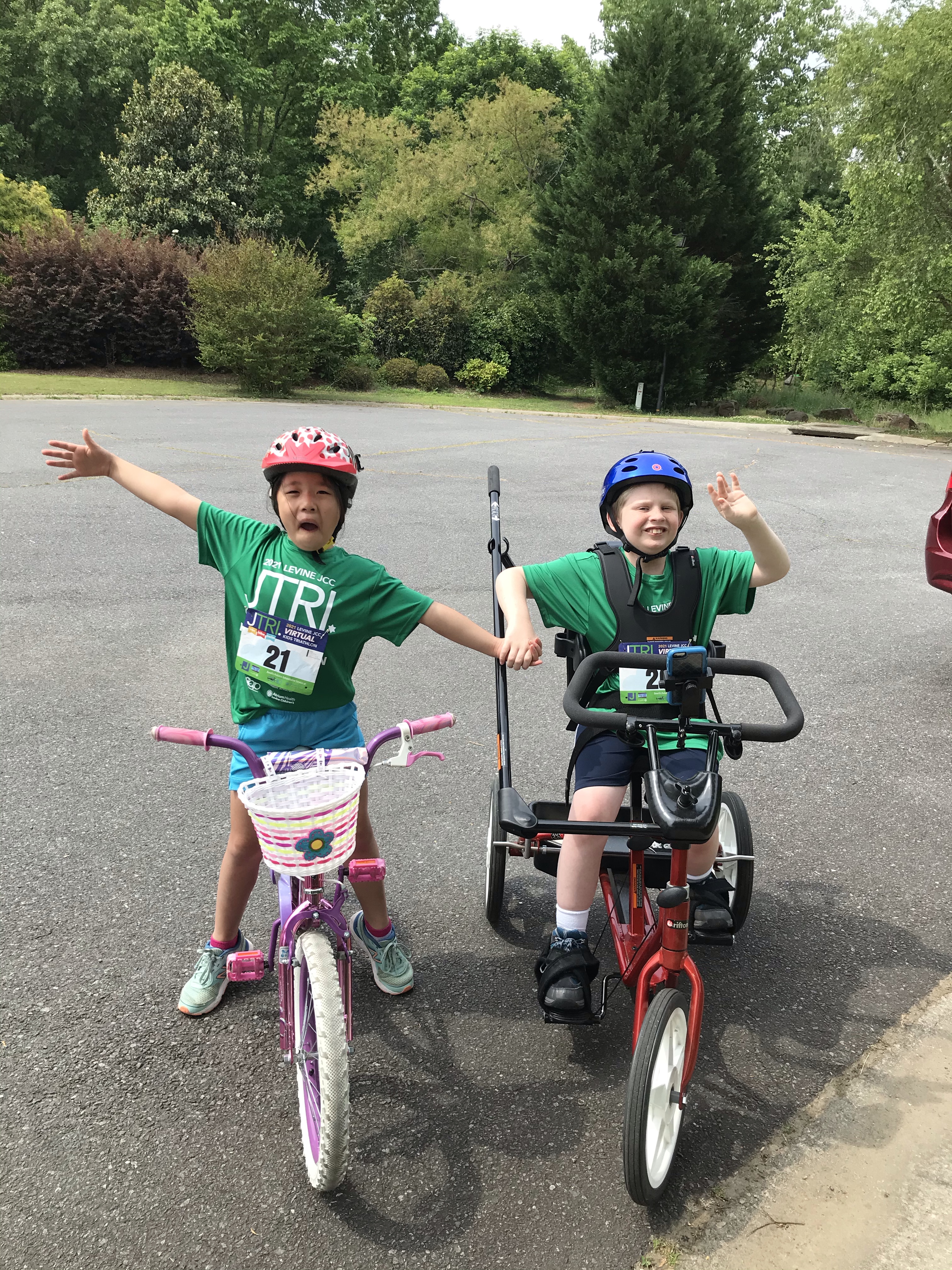 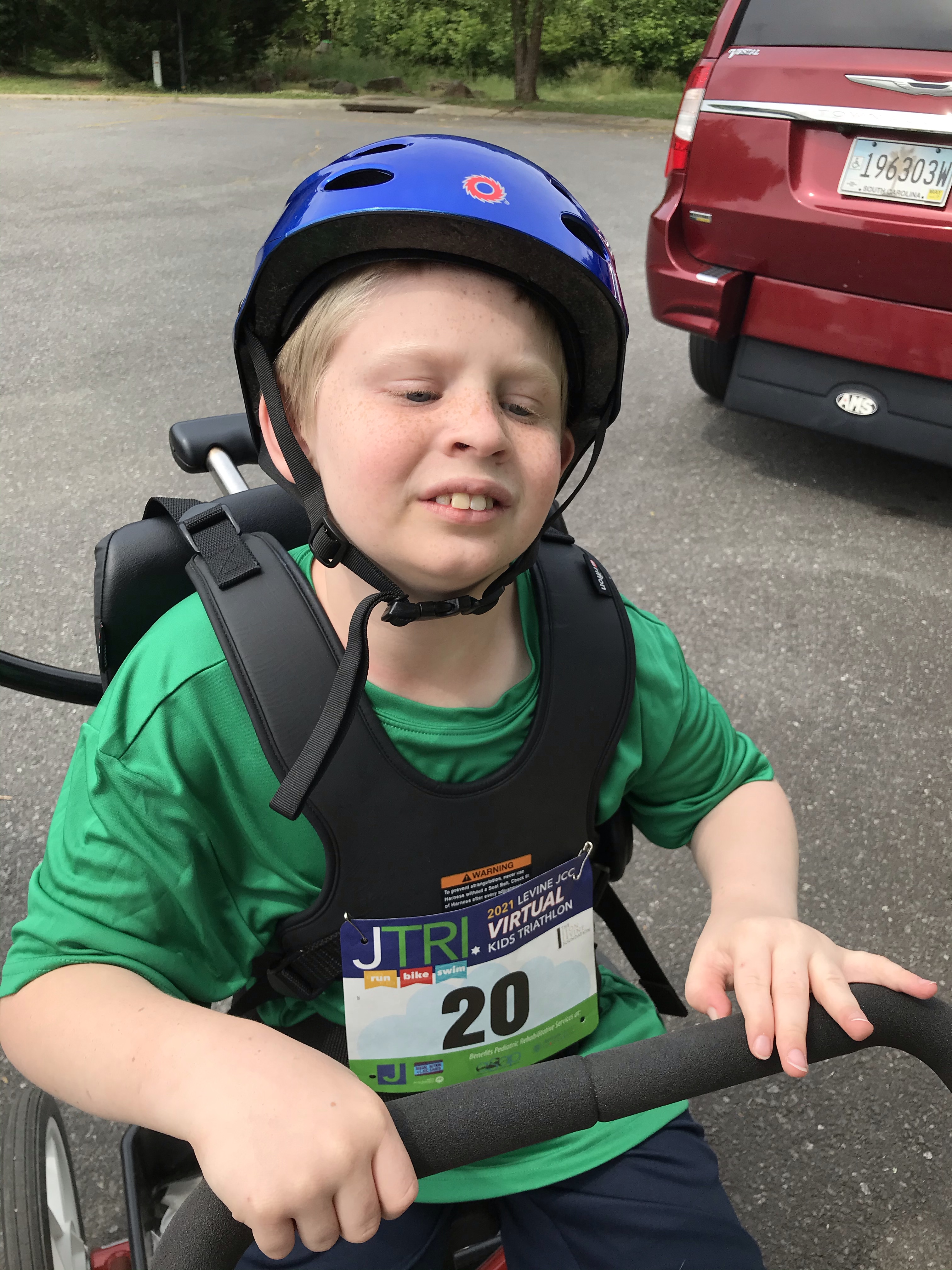 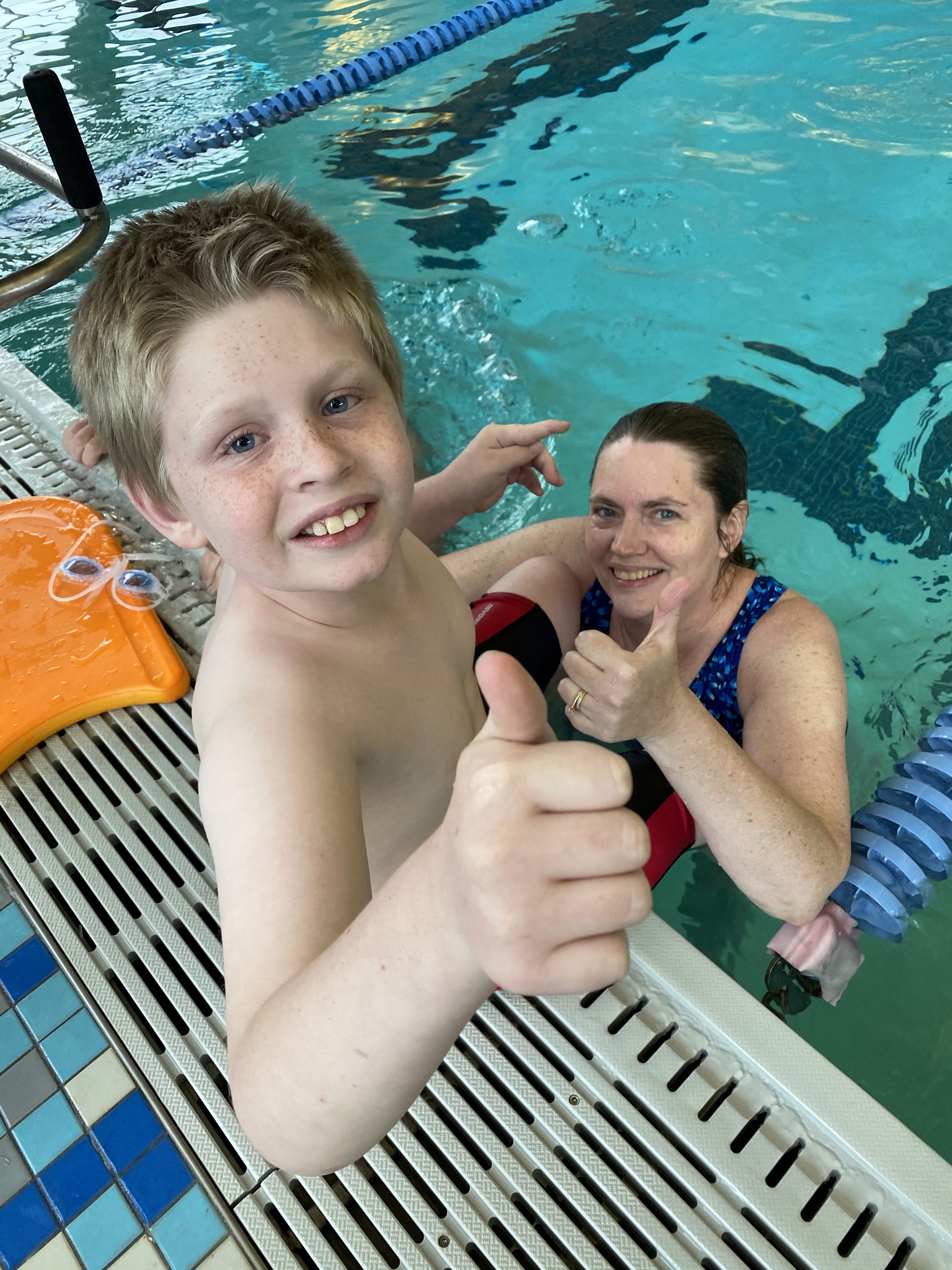 Near the end of May, Daniel’s wish through Make-A-Wish of South Carolina was fulfilled. Covid had impacted the types of wishes that were able to be granted and the time it took to do so. Daniel’s first wish had been cancelled in Spring of 2020, and he had decided that he wanted a camper. So, Memorial Day weekend found us in Charleston, SC where Daniel’s Make-A-Wish ceremony took place and our family became the owners of a new Coleman camper! We headed straight out on our maiden voyage that weekend and have camped a few times since, including spending Fourth of July weekend in Jacksonville, FL and we have plans to spend the first week of August camping in Maine near family. 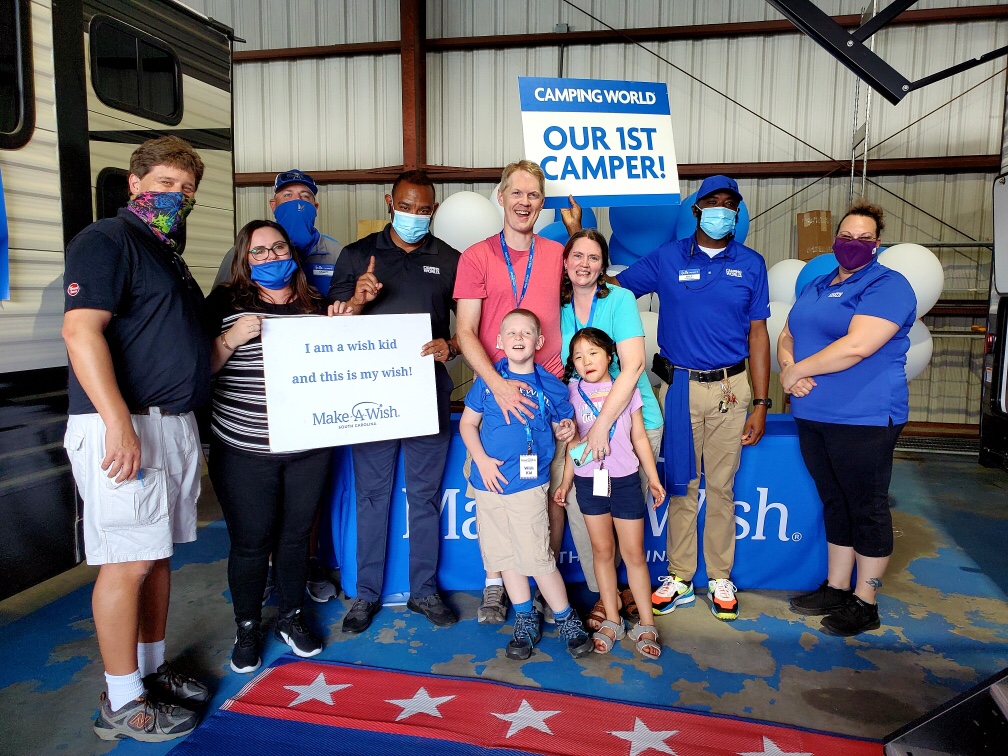 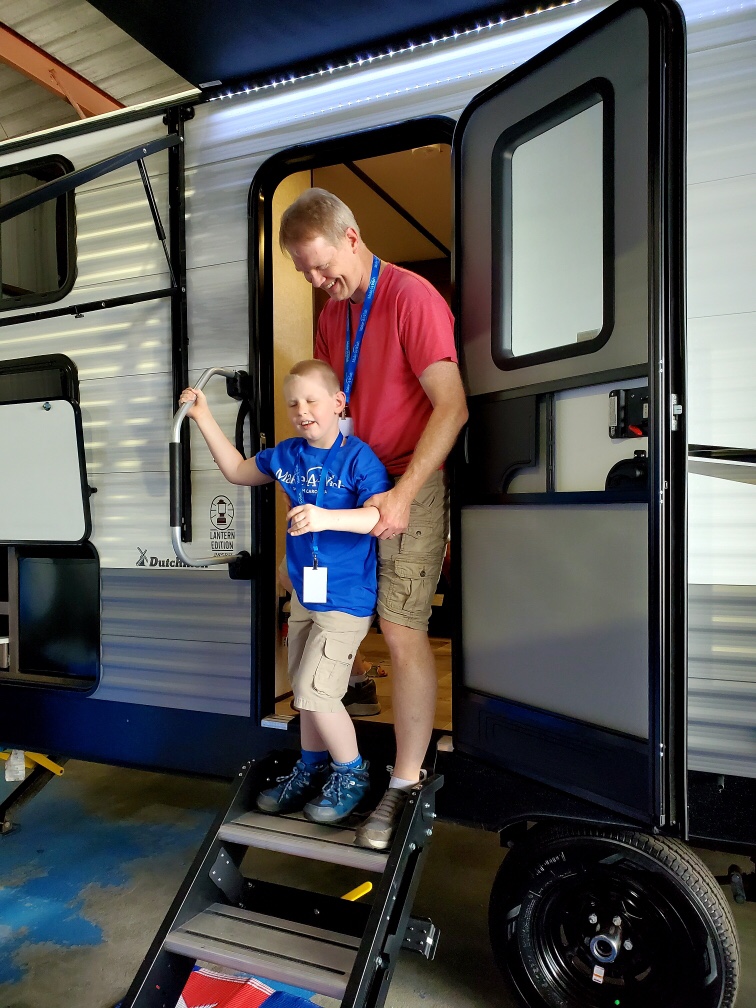 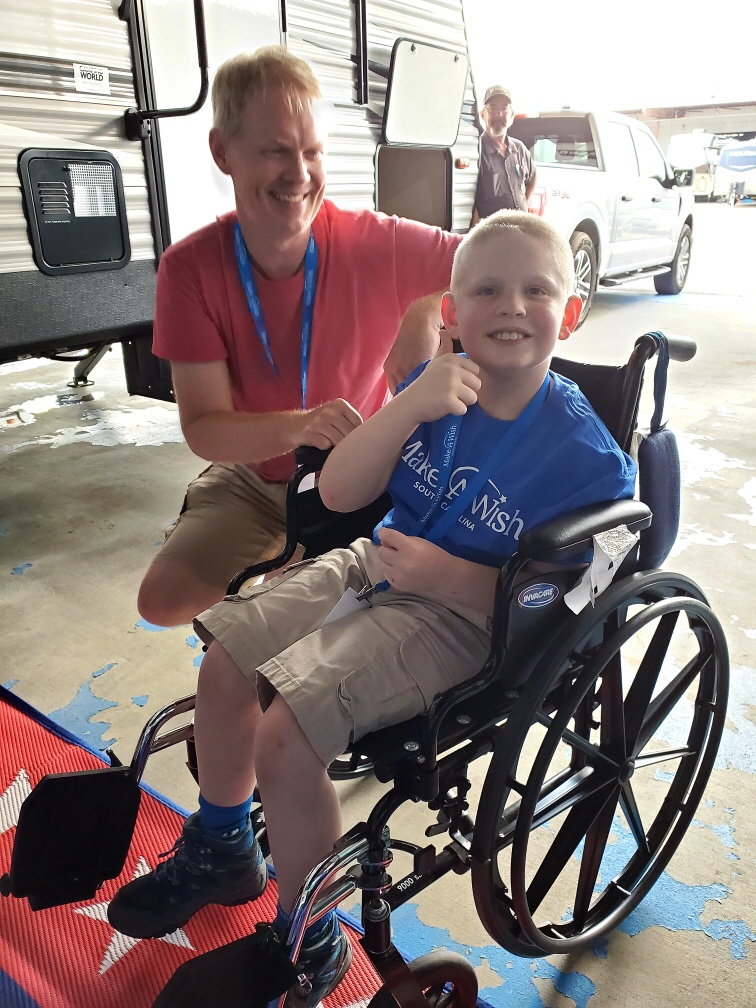 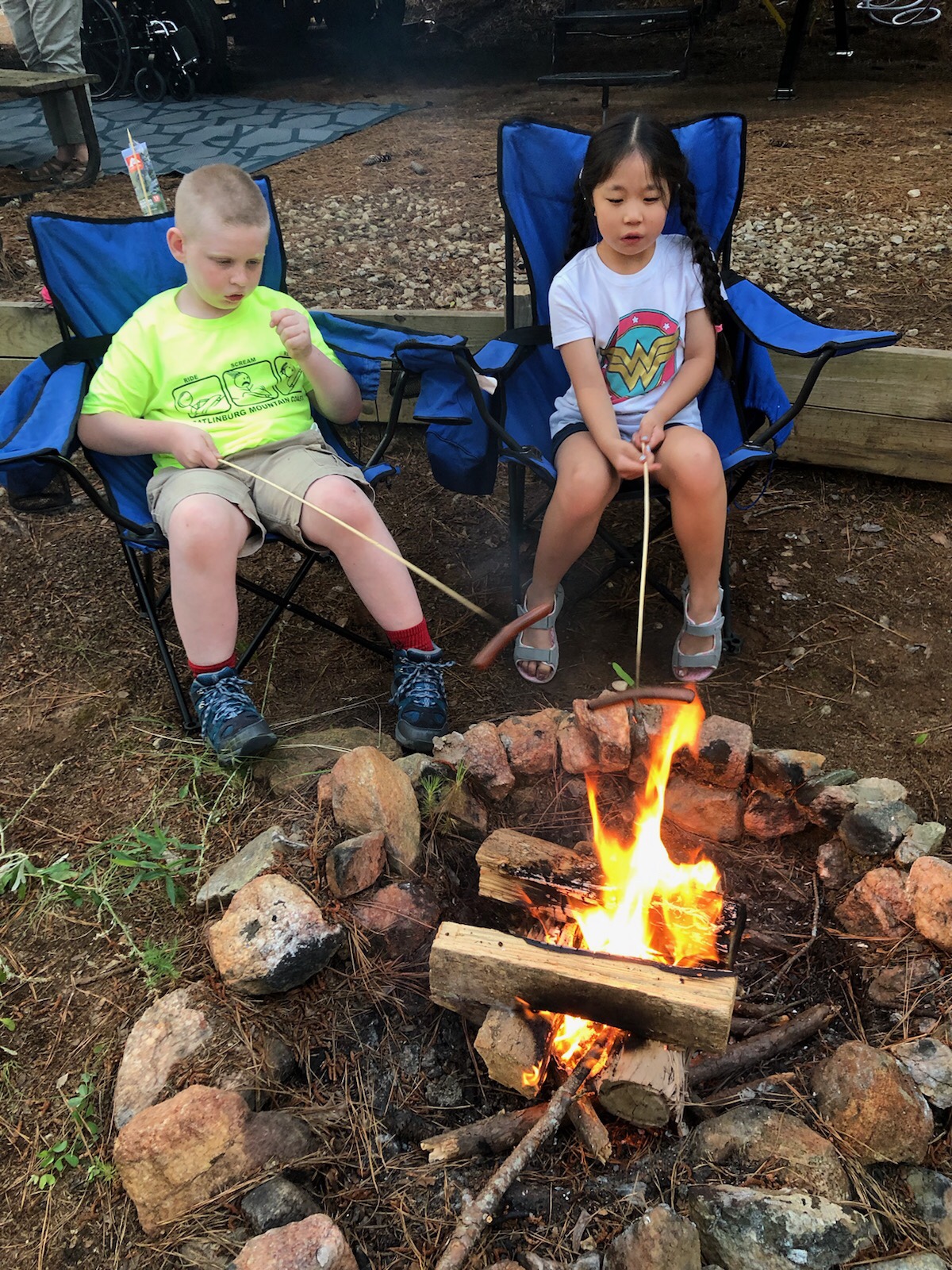 On our first camping weekend, the whole purpose of the camper and specifically it being “Daniel’s Camper” was very apparent. You all know that Daniel has “never met a stranger” and will talk with anyone anywhere. Very often people tell me how blessed and impacted they have been by Daniel (and our family) and this was certainly the case that first weekend we camped. The granddaughter of the campground manager connected with our kids and apparently has been pretty lonely for some friends. She ended up being with us for most of the time we were camping there, swimming with us, playing mini-golf with us, eating with us, etc. This little girl has had some instability in her life and was clearly soaking up the love and attention in our family. What a blessing it was to include her and love on her. The kids really enjoyed having her around as well. We haven’t for sure settled on a name for the camper yet, but we are thinking “Wishing Well”. It is a play on words as a Make-A-Wish gift, but also as an expression of what God seems to lead our family into repeatedly as we meet people – wishing others well through encouragement, humor and blessing as they interact especially with our children.

In June we also celebrated Hannah’s 7th Gotcha Day. How very, very blessed our family is to have her in it! She is growing in beauty, knowledge, humor, grace, and understanding. 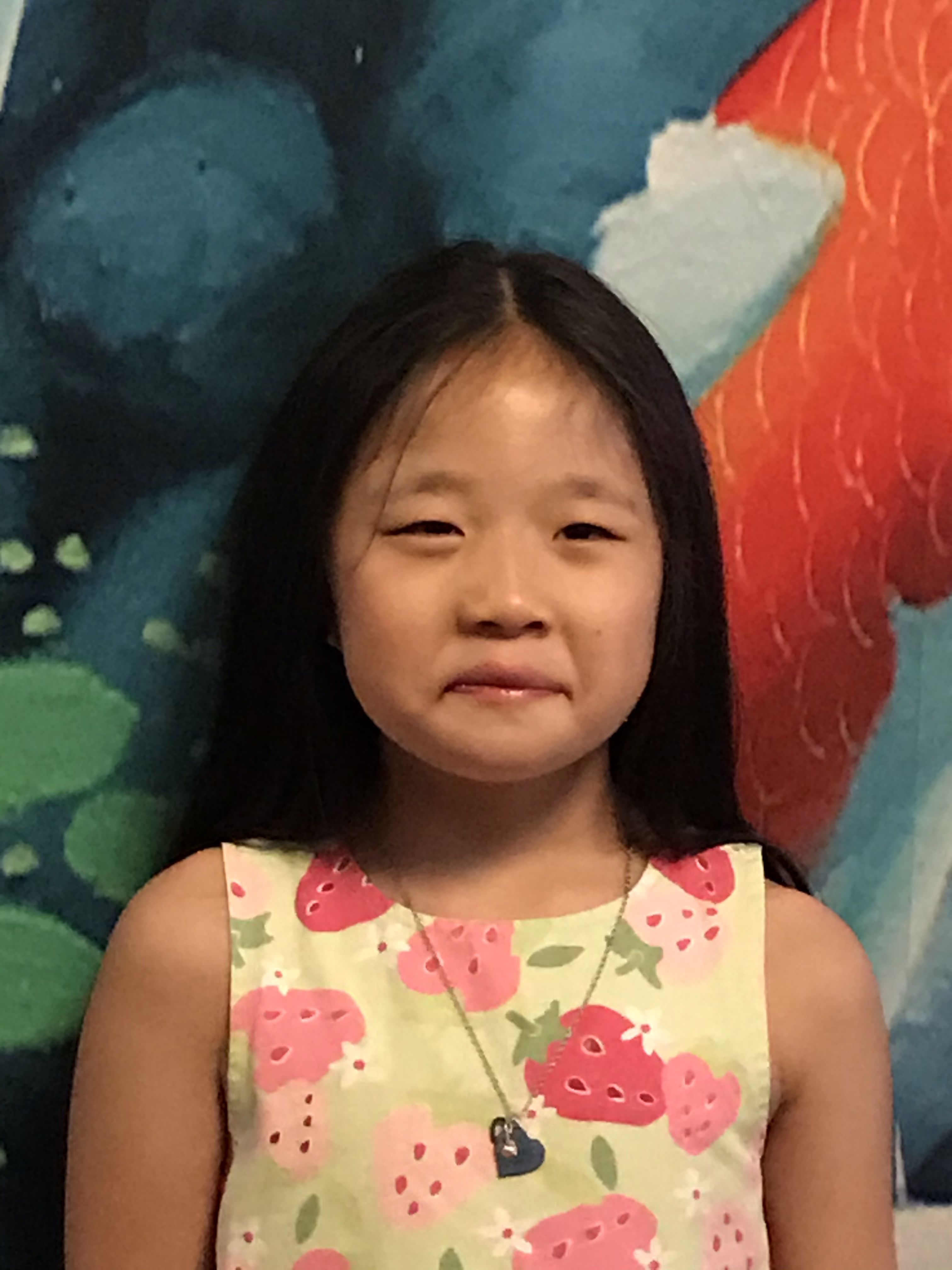 The summer is going by quickly, as the kids have had many activities and we have been squeezing in these little camping trips. They have participated in two art camps, two Vacation Bible Schools and a few day activities which have made the summer really fun. 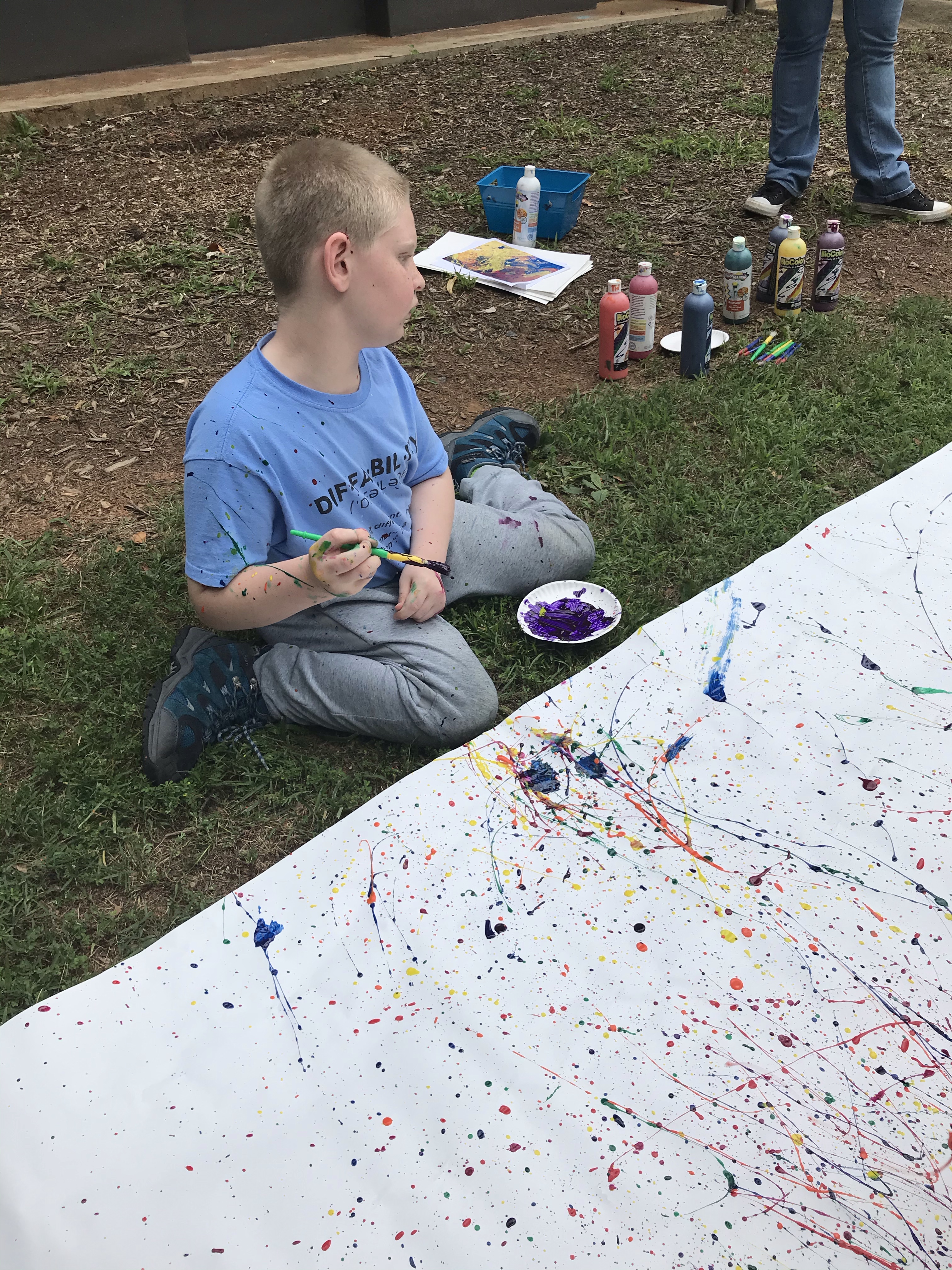 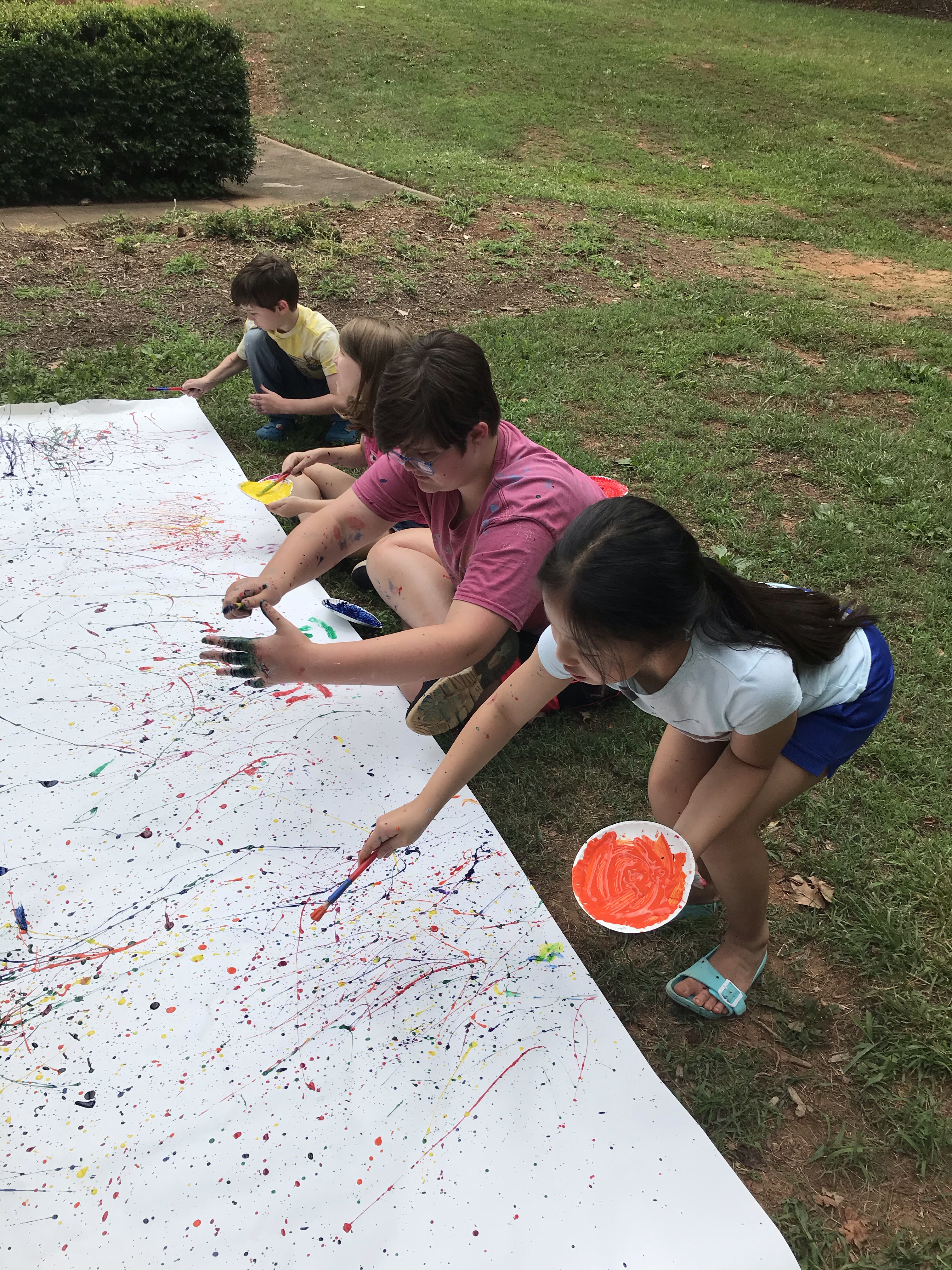 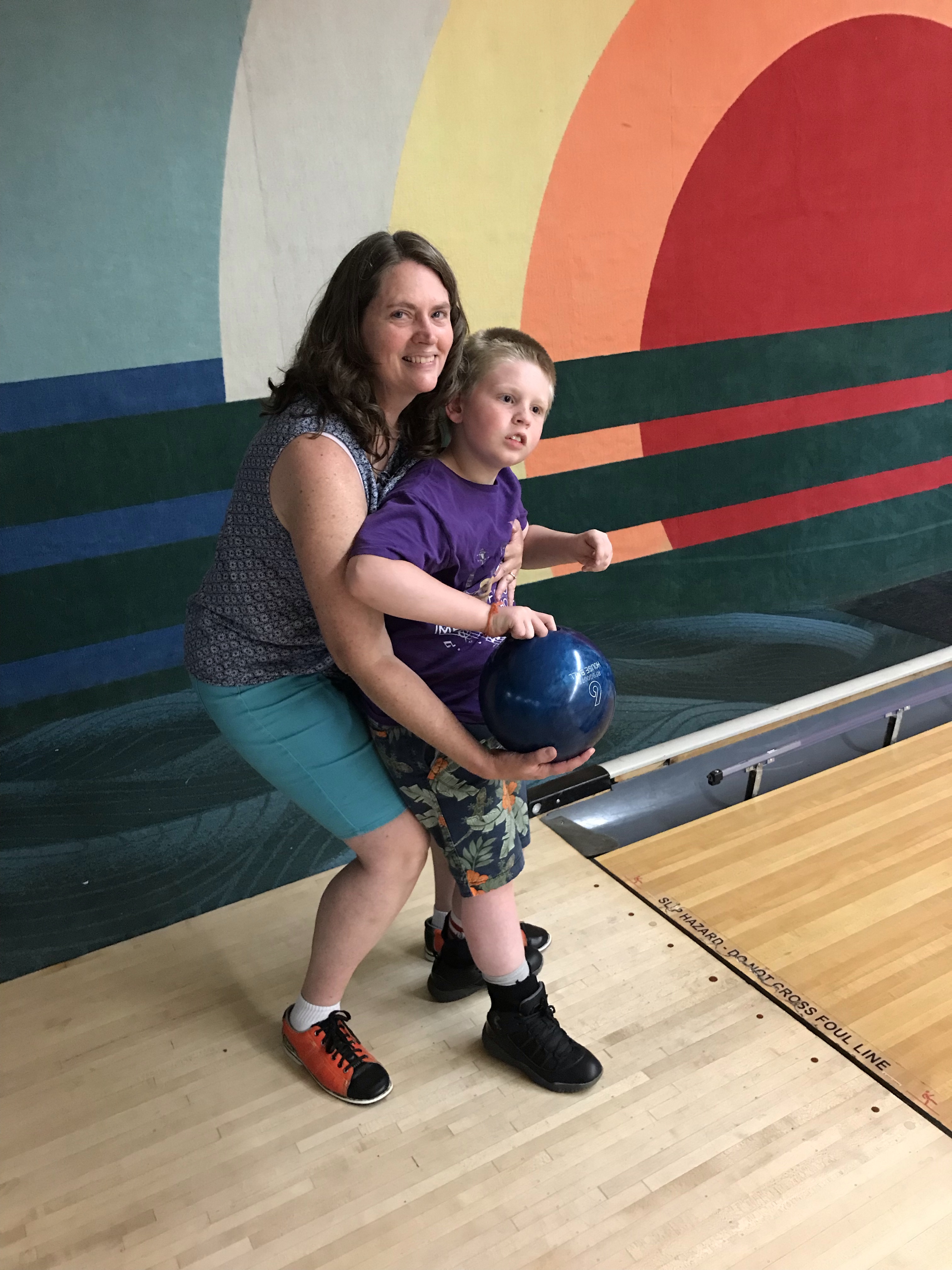 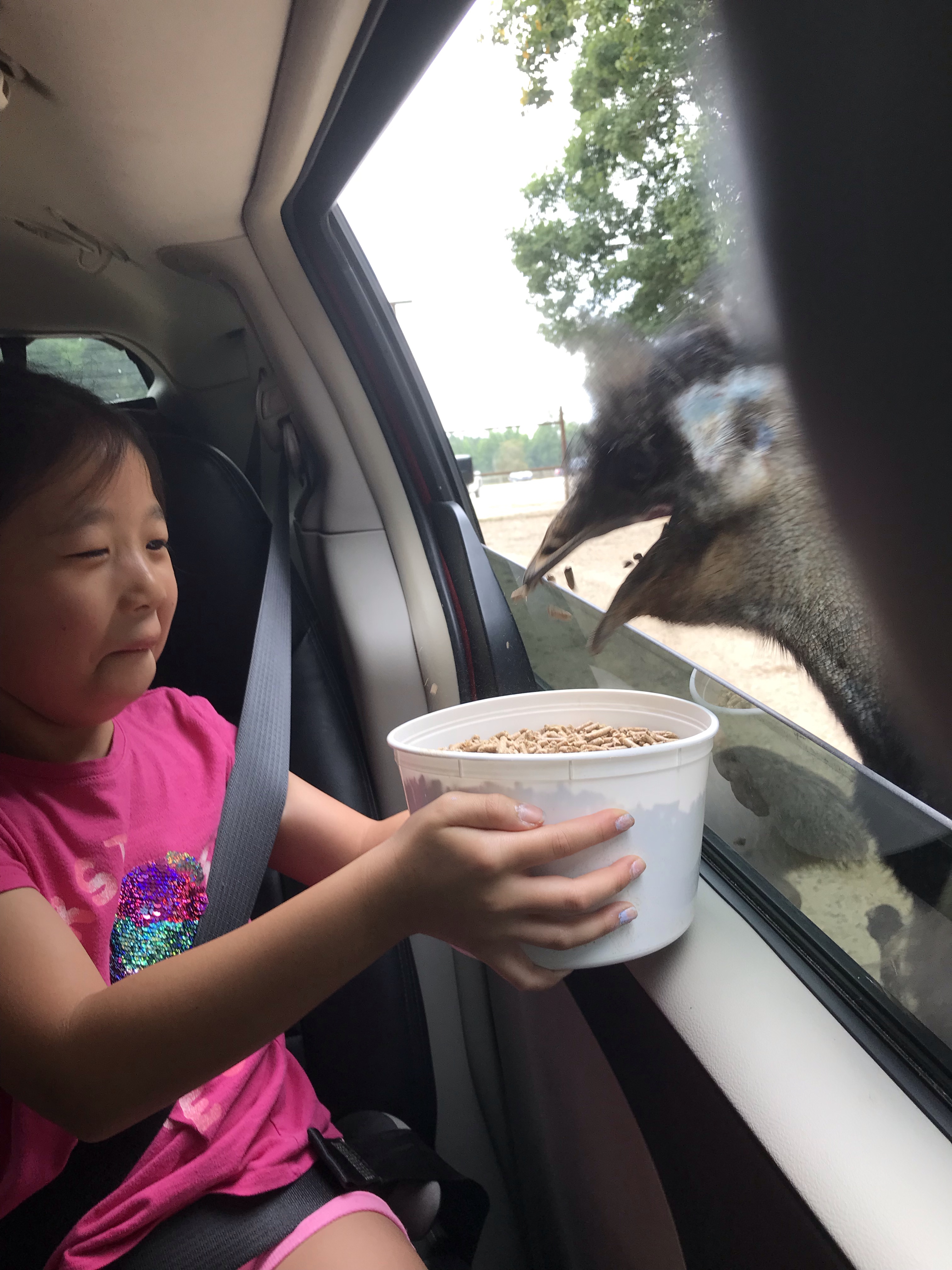 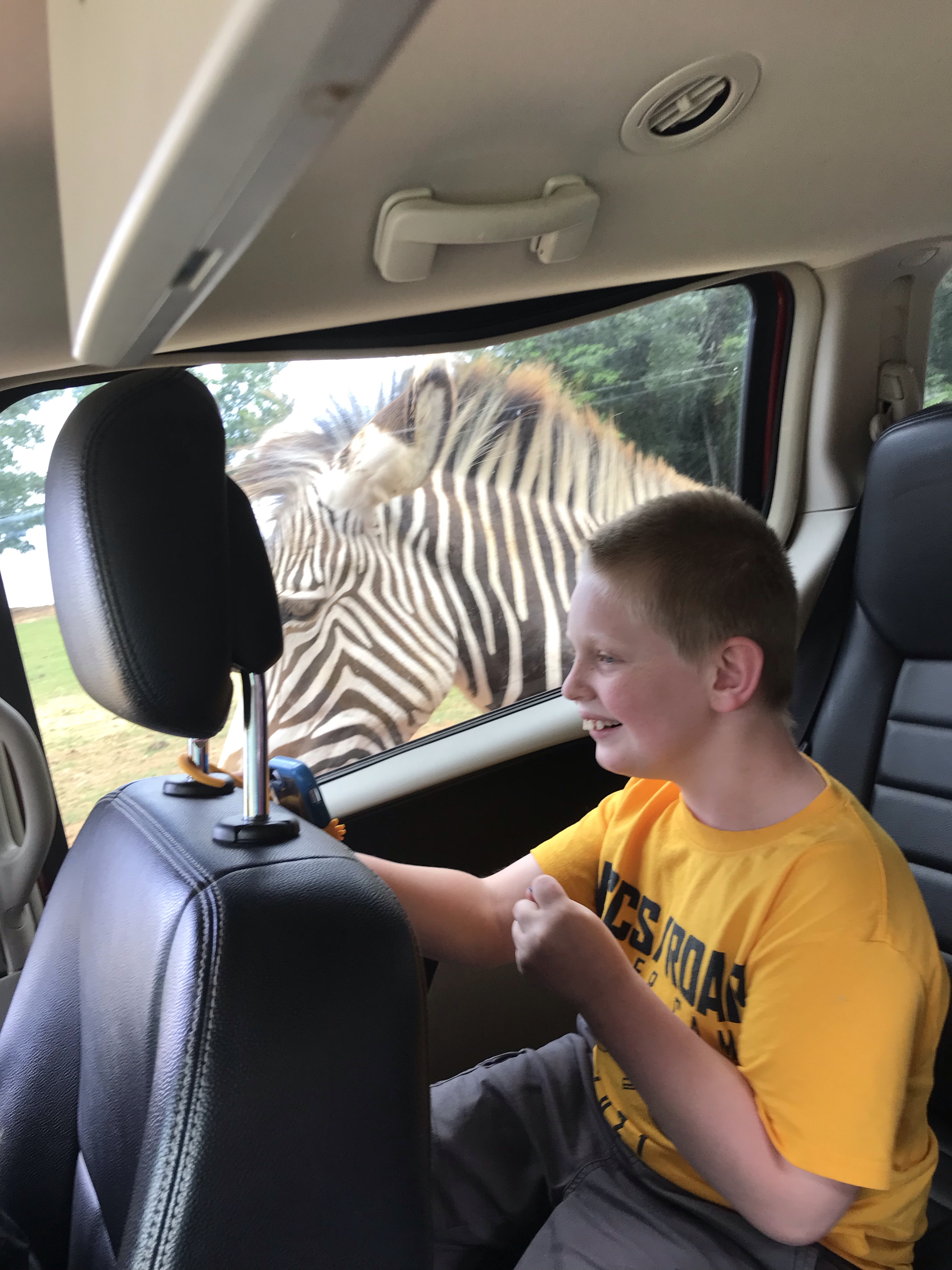 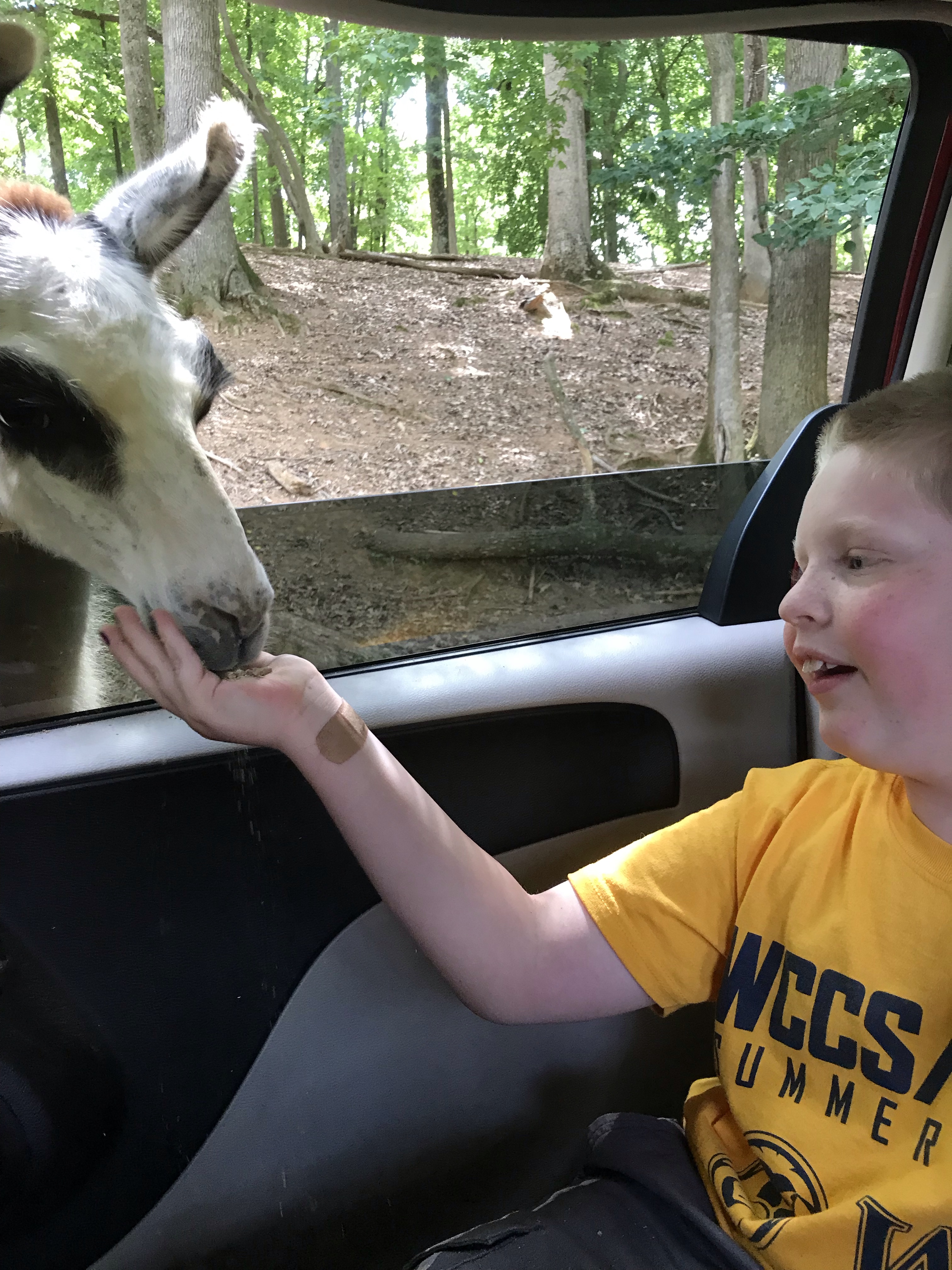 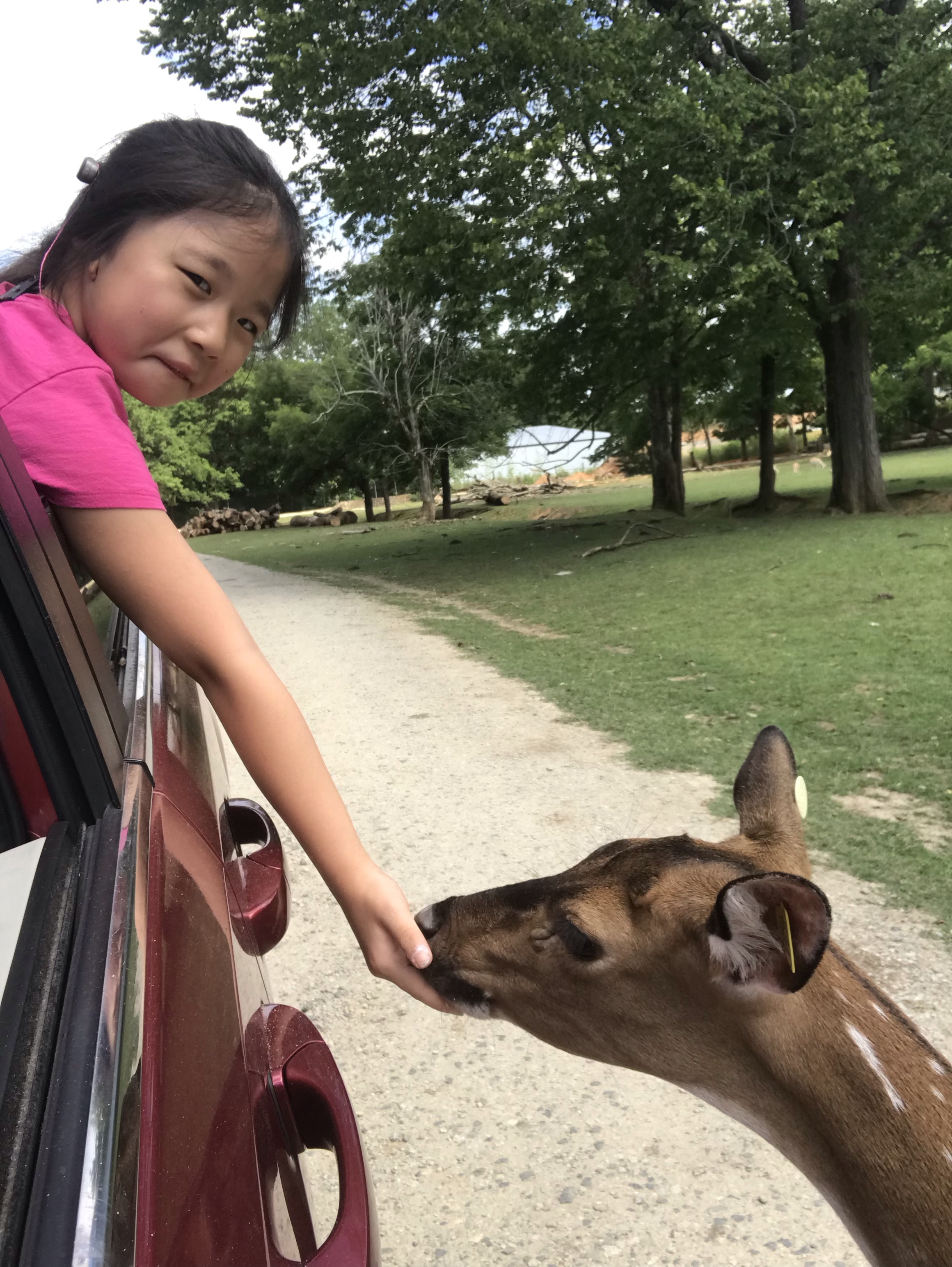 Hannah had her tonsils out last Thursday so this week is pretty laid back for all of us. She is doing great, but understandably uncomfortable. Sunday, July 18th, was a special day for our family as Daniel was baptized. He has been asking about being baptized, literally for years, and over time we have become more assured of his understanding of what it means to be a child of God, to trust in Jesus Christ for the forgiveness of his sins and the salvation of his soul. It was a joy to celebrate this with him. 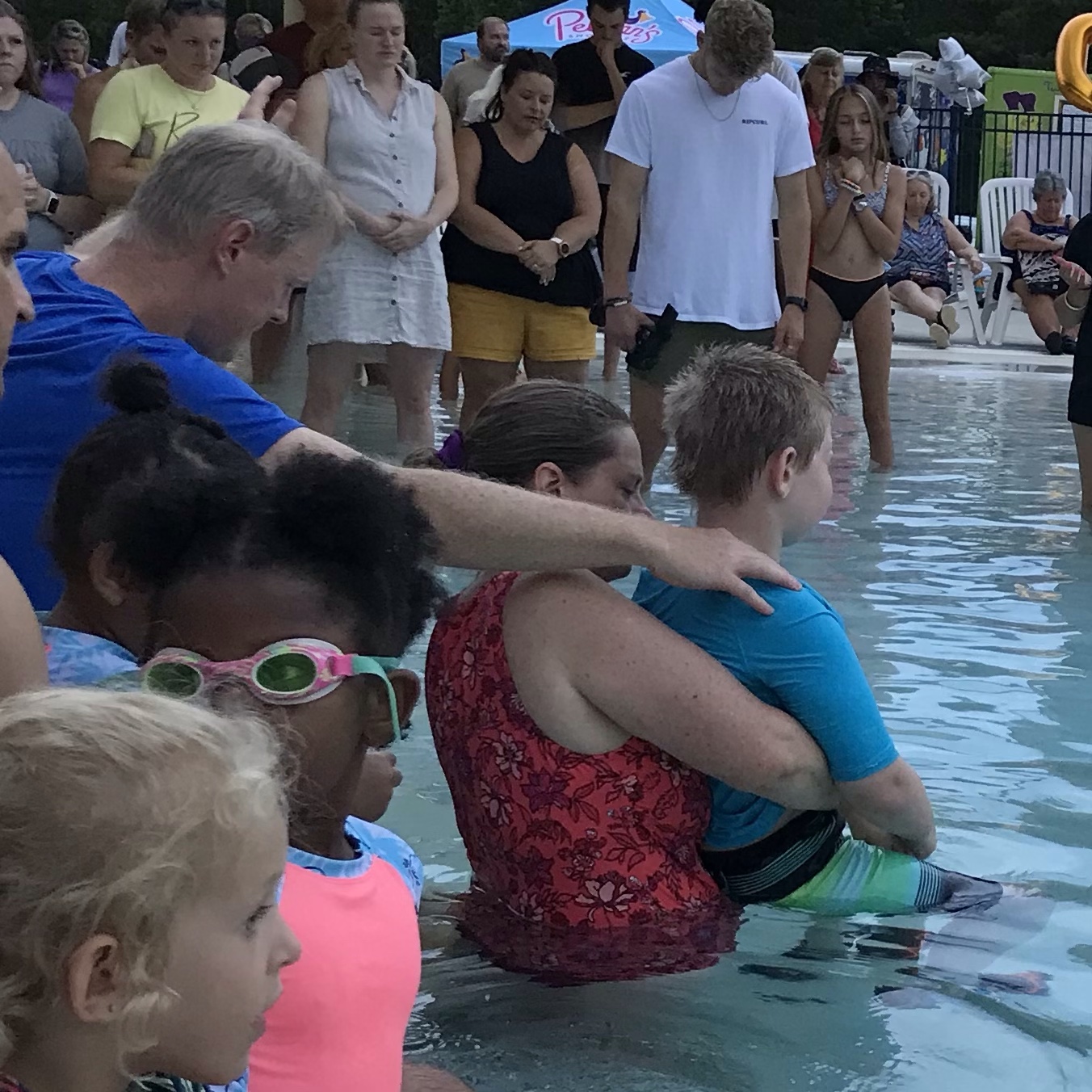 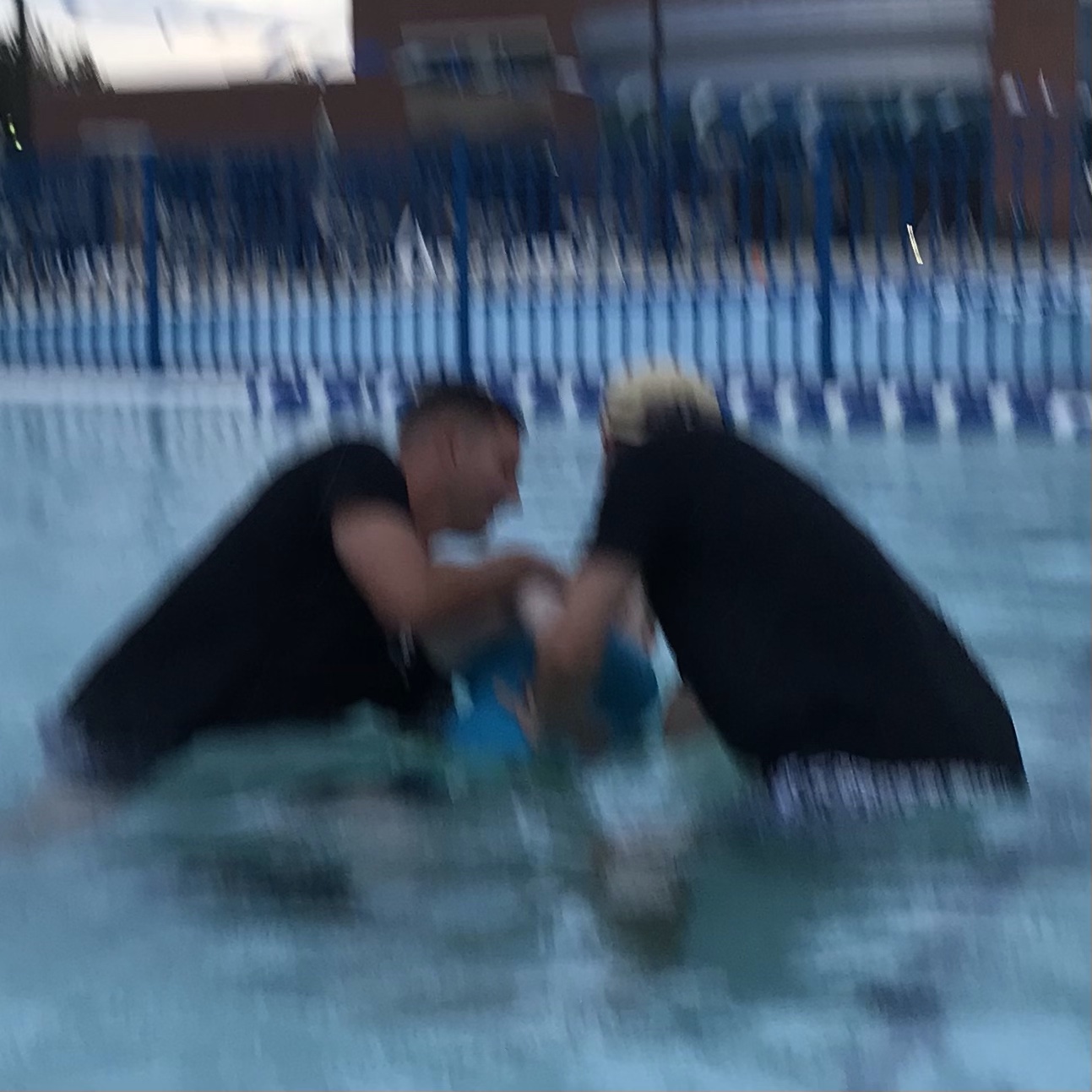 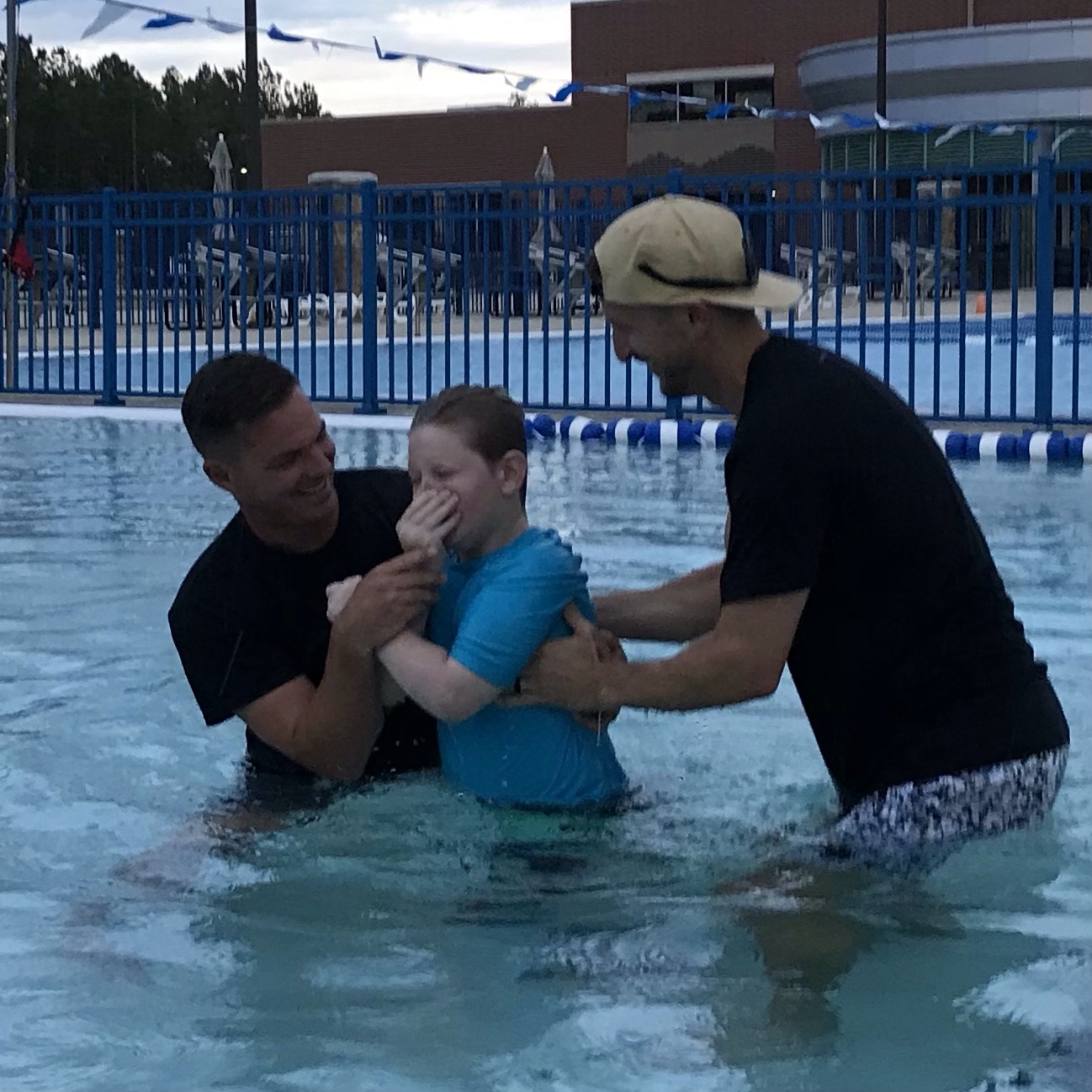 The kids have a Code Ninja camp scheduled for the last week of July where they will learn about 3D printing, then we are off to Maine for a week of camping and visiting with family and friends. School starts up here on August 16th. The plan is for the kids to go back to public school this coming year. We are in the process of getting a new wheelchair for Daniel. He has had his current power wheelchair for five years, and it is showing the wear and tear. There is new technology available as well called LUCI, which is like the technology in new cars that keeps them from running into the car in front of them in traffic. This technology on a power wheelchair increases the independence and safety of power wheelchair users, especially kids who are easily distracted in a school setting and might accidently run over other kids or off curbs, etc. We are really excited about this new chair – please be praying that we can get it very soon. These things can take a long time, and Daniel’s is the first chair being submitted to South Carolina Medicaid with this new technology. Our doctor and physical therapist are on board and many pages have been written already explaining why this chair is medically necessary for Daniel. It would be a miracle for sure to have it before school starts, but that is ultimately what we are shooting for.

Finally, in the way of Harris family news, we became convinced at the end of last year that we need to move to a single level living situation to better care for Daniel, lessen risk of injury, and increase his independence. We have been unable to find a house on the market that meets our needs, so we are excitedly awaiting the construction of our new house to be built in Clover, SC, about 30 minutes from where we currently live. Stay tuned for updates. With the supply chain issues across the world in many industries, it promises to be a lengthy process. We hope to be able to move next Spring. 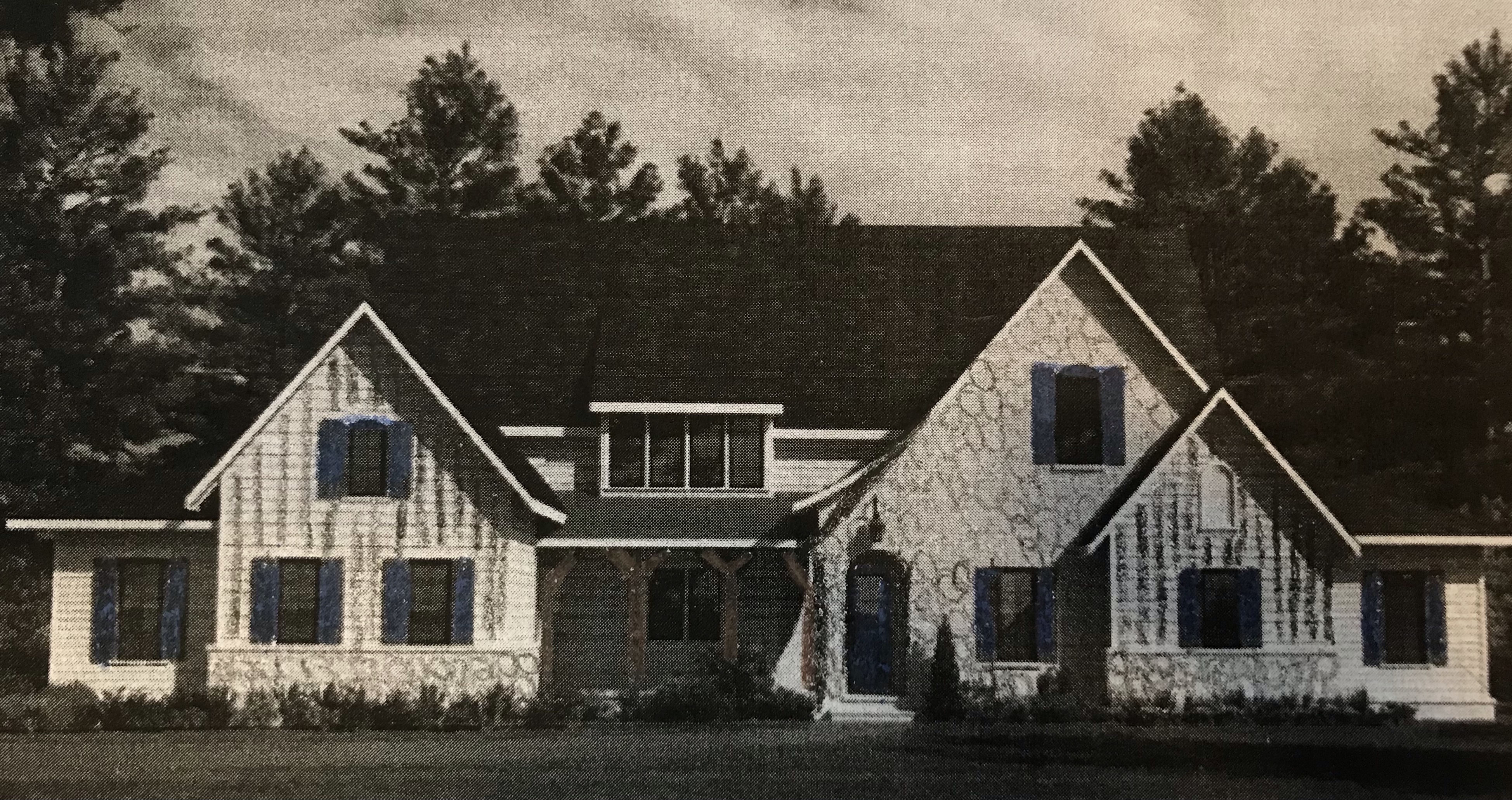 We are grateful for your continued interest in Daniel and our family and for your prayers for us when we come to mind. We are encouraged with where things are currently in regard to Daniel’s health, especially the absence of seizures. It is wonderful to be able to write such a positive report!

7 thoughts on “Magnificent May! Super Summer!”