Today has been okay. Daniel has gotten some sort of bug and has had vomiting, dinarena (as the kids say at our house), and a little fever today. His medications have been reduced today, and I am expecting to see seizures begin tonight. We will see.

He was monitored by EEG last night and we saw the EMU doctor this morning (not the doctor I shared about yesterday, but his colleague on the unit). He indicated that Daniel is having more sub-clinical seizure activity while he sleeps than we previously realized. He seemed to indicate that this is ESES (also called CSWS), which is a challenging form of epilepsy where there is almost continual spiking of electrical activity in his brain while he sleeps. You can read about ESES here, if you want to.  To be honest, I wasn’t expecting this. In the past ESES has been briefly mentioned by his doctor at home, and I think we read a little bit about it, got scared and moved on. So, it really hasn’t been in my thinking. It seems there may be a couple of different kinds or presentations of seizures, which is not at all uncommon. As we approached our visit here, in my mind I had reached some sort of conclusion and as we receive information here, my preconceived notions must be adjusted. This is, of course, the only realistic way this could go because I know so little about what is going on. However, it has thrown me a little and my fear-meter has been running a bit high today.

We continue to have wonderful nurses and good care. Daniel’s night nurse is named Alexa, poor girl, and Daniel immediately asked her to play a song, just like he does with our “Alexa” back home.

Our particular prayer requests for today are: 1) that David and I don’t get this bug that Daniel has. We really cannot afford to have one of us go down with that, so please pray for our health to be good. 2) that we will leave our anxieties with the Lord and just trust in Him and in the process here. We are in good hands all around. 3) that Daniel will have some typical seizures and that good data will be recorded that will allow the doctors to determine what course of action to take.

Your comments and little notes of encouragement and letting us know you are praying for us mean so very much to us. Thank you!

Today was a good day. This morning we had an appointment with the doctor following Daniel’s case. He’s a really nice, caring man. He told us, “You are in the office of someone who is passionate about helping children overcome epilepsy. You won’t ever be in the office of someone who is MORE passionate about it.” Here is a little video of him if you are interested in seeing it. It’s only a minute or so, and really shows his intelligence and caring heart. We feel comfortable in his oversight of Daniel’s care and that he will do whatever he can to get at the answers we all are after.

After our appointment we went to get lunch and wound our way to the cafeteria, which is more like the various restaurants at a large airport – including Panera, Starbucks, Moe’s, and I don’t even know how many more. We are definitely in awe of this huge complex. By the end of the week I hope I can find my way around without having to ask too many questions.

This afternoon Daniel got checked into his room, met his nurses and got hooked up to the EEG. The plan will be reevaluated every day. For the first 24 hours they will be monitoring him at baseline – with his current meds on board. Tomorrow they will begin adjusting the medications and prepare to see seizures. Please pray for this. If they can observe multiple seizures this week it will enable them to do different types of tests and also give more certainty about the origins of the seizures. We are very hopeful about this process.

That’s all for now. Thank you so much for caring about Daniel.

So far our trip has mostly focused on fun time together. Last night we made it about half way and stayed in a hotel in Charleston, WV. Upon Daniel’s request we found a hotel with a pool and went swimming with him this morning. This afternoon we found a movie theater along the way and stopped and watched The Call of the Wild. It was a good movie and added a fun element to the trip.  We arrived in Cleveland this evening and settled into our hotel just down the street from Cleveland Clinic. Don’t let the word “clinic” fool you – the place is huge and goes for blocks!

We got Daniel into bed and I went down to the business center to try to print some documents for our appointment tomorrow. Shortly I got a one-word text from David –
“Seizure”, so I booked it back up to our room where Daniel was having a weird seizure episode, unlike anything we have seen before. The fun part of the trip is over, and we’re getting down to business. This is why we are here.

Tomorrow morning we have an appointment with an epileptologist here and then Daniel is scheduled to be admitted to the EMU – epilepsy monitoring unit. I have updated the “Join Daniel’s Prayer Team” page with prayer points for this week. Please check it out and be praying along with us.

Ten years ago today, March 1, 2010, God used a church meeting to set us free from decades of spiritual abuse in a church-turned-cult situation.  After the meeting we discovered the new calendar page for March was this: 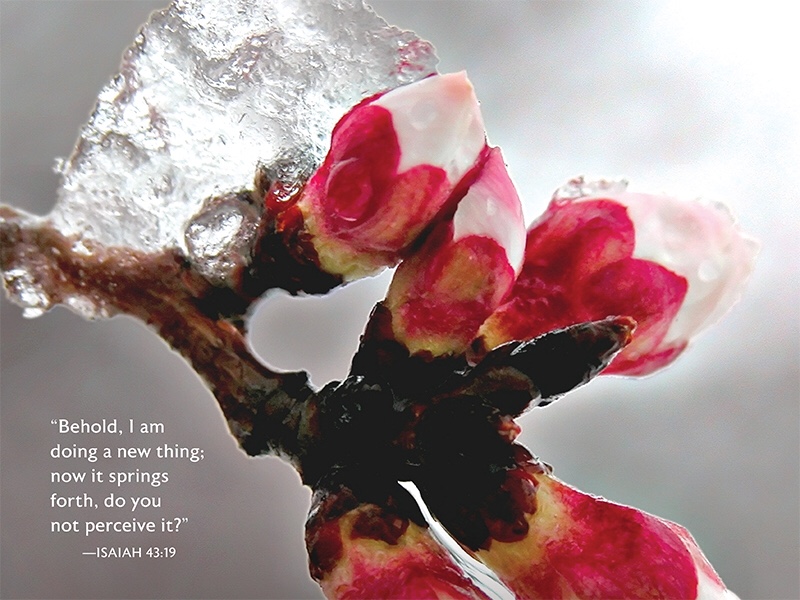 Indeed, we perceived it! This verse became the theme as David and I, now finally free to marry, began to plan our wedding. Not outside of God’s gracious sovereignty, but under the unbiblical leadership of David’s father, we had been waiting for eight years to be able to join our lives as we were convinced God was leading us to do.

Later,  on April 25, 2010, we shared in an evening service about the history of our relationship and our new engagement and invited our church family to our wedding, set for July 30.  As those eight years had passed by, so had my prime child-bearing years and we were unsure if we would be able to have children. At the end of that service, there was corporate prayer for us including specific prayer that God would give us a child.  Daniel was born April 25, 2011, one year later – to the day.

He wasn’t due until mid-May, but he had had a brain hemorrhage in utero and the doctors wanted to get him out before I could go into labor. A strange coincidence in the midst of awful circumstances? No. Unbeknownst to each other, God had given both David and me Daniel’s name eight years earlier. God had strongly impressed on us the previous year that we needed to be married by the end of July, and God had brought Daniel into existence at the very first possibility after our wedding. When we learned about his brain bleed and were crying out to God, He spoke to my heart that nothing was “wrong”, but this would shape Daniel to be the person God intended him to be. Being born one year to the day from corporate prayer that God would give us a child was to us an underscoring that God was saying “This is my boy.” In the daily challenges we face because of Daniel’s cerebral palsy and epilepsy resulting from his prenatal brain injury, this gives us peace.

So today, on the tenth anniversary of the deliverance God brought which opened the way for Daniel to even exist, as we participated in corporate prayer for Daniel as we head to Cleveland Clinic, we stood with expectancy and confidence. 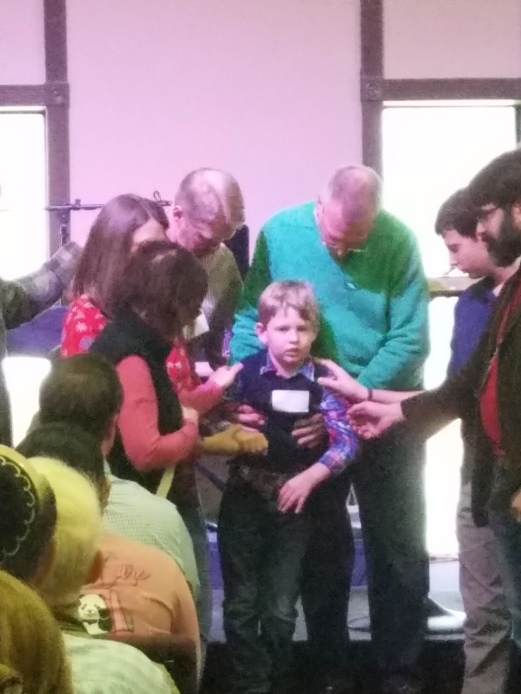 Praise Him with us.

Beseech Him with us.

Uphold Daniel and us as we go through this next week or so of testing and, we hope, of a life for Daniel without the ravages of epilepsy. Now that would be an amazing new thing!